-------MACHTER AUTOPARTS WILL CONTINUE TO WORK ON THE MITIGATION OF ADVERSE EFFECTS OF COVID-19. WE WILL ENSURE ALL OUR CLIENTS RECEIVE A FAST AND STEADY SERVICE AS USUAL-------
Skip to main content 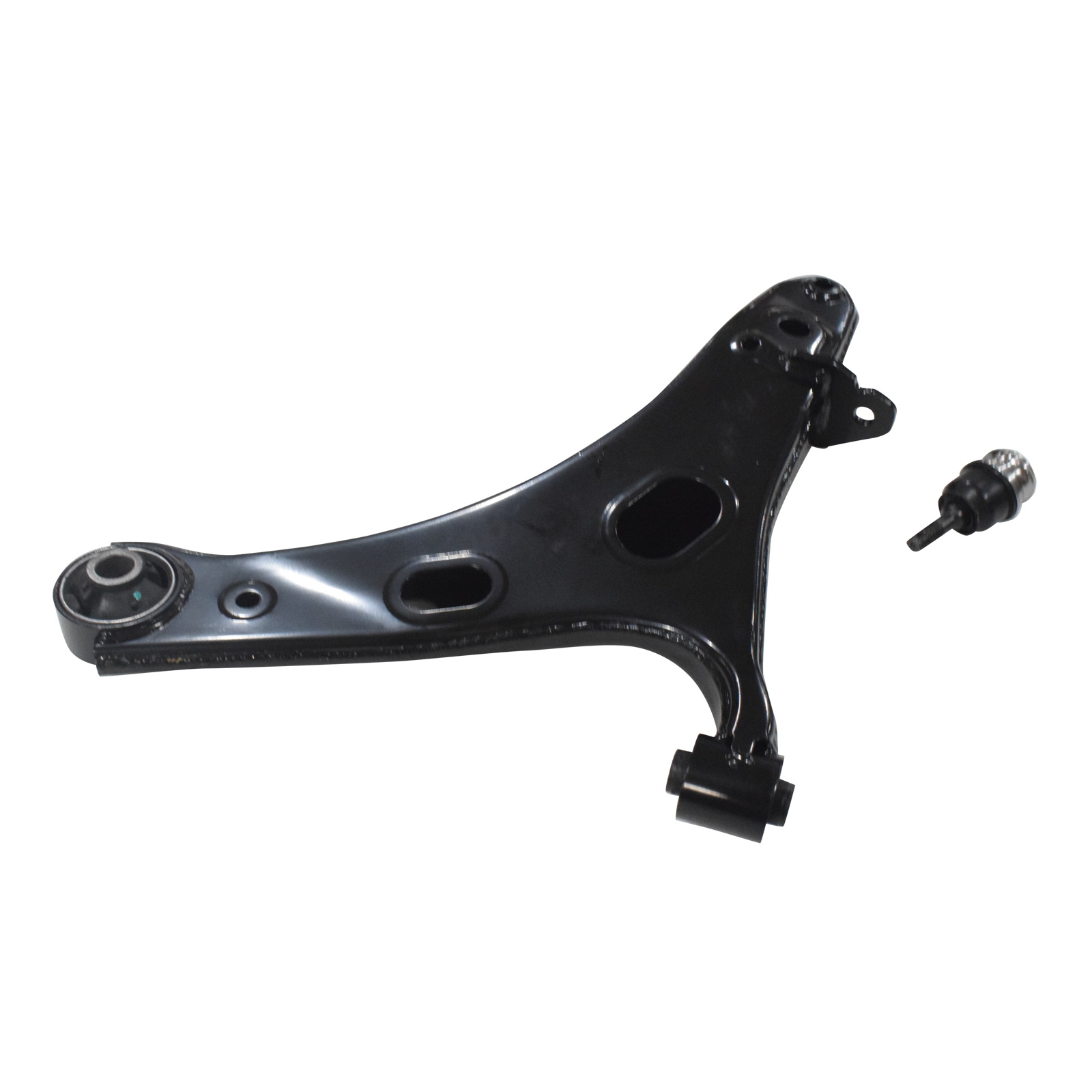 Suspension Control Arms, bushings, and ball joints may not be common household terms for many vehicle owners. You may have never even heard of them, but they are critical components of your vehicle’s suspension system that allow your tyres to be able to provide a smooth ride. A control arm connects the wheel hub and steering knuckle to the frame of the vehicle. They are typically equipped with bushings on the frame side of the vehicle and a ball joint on the wheel side of the vehicle that allows flex and controlled movement according to road conditions and steering input from the driver.

What does a control arm do? In most cars, a control arm has an A- or L-shape design, that's why it is also called an A-arm. While in some cars, a control arm is a single beam. If your vehicle has a double A-arms or double-wishbone layout, the steering knuckle is held by lower and upper control arms. This layout type is used in many large SUVs, pickup trucks, many high-end vehicles, and race cars. The upper control arm is smaller, and the lower control arm, which is larger, carries most of the load. Both of the control arms have a ball joint, although the upper one is often smaller. As the wheel goes over a bump, both arms swing up and down on rubber bushings following the wheel. In both layouts, control arms are essential components. If they fail, the safety of the vehicle is compromised.

When do the control arms need to be replaced?

What are the symptoms of a bad control arm?

However, these symptoms are often difficult to detect, especially when you have little to no knowledge about your motor vehicle's mechanism. That's why it is crucial to follow the maintenance schedule of your car. Having your car diagnosed by a mechanic at least once a year could help you spot those issues that would go unnoticed.

How much does a control arm cost to replace?

The cost to replace a control arm isn't much, and it is not an overly expensive part of your vehicle. The control arm replacement price depends on the make, model, and year of your car. This will also impact what kind you'll need for your vehicle. The rear control arm of a Toyota Camry is not precisely the same as the Honda Accord's rear control arm. When it comes to replacing lower & upper control arms, the labour usually costs more than half the repair price. This isn't something you should be surprised about. Labour costs are generally more expensive than the part you're installing or replaced in your vehicle.

Is driving with a bad control arm dangerous?

Yes and no. If the control arm bushing is bad, it is not dangerous, but it can still hamper your driving experience. The control arm bushing cushions the car from vibrations, apart from allowing easy turns. If the whole control arm is bad, then driving with it can be dangerous. The ball joint could eventually snap, and it will be hard for you to control the vehicle.

What happens when a control arm fails?

When your lower & upper control arm fails, you will be experiencing different symptoms. Your steering is wandering, the driving comfort is different, and you'll also hear clunking or popping noises. Your driving performance will also be affected.

Can I drive with broken control arms?

Yes, you can, but it is not safe to drive with broken control arms. Make sure that you have your control arms replaced before trying to drive it again. This is for your safety and the safety of other drivers on the road.

What happens if a control arm breaks?

The control arm bushing is responsible for absorbing the shock of road bumps. If it's broken or incapable of functioning, your vehicle will continuously vibrate when you're driving. It will also cause the control arm's metal sleeves to move uncontrollably, which creates annoying clunking sounds from the front wheel.

Machter brings you a wide range of control arm kits, lower control arms, front lower arms and upper control arms. If you have any questions, please get in touch with our friendly and knowledgeable team on (02) 7801 4933 or sales@machter.com.au

Add your favourites to cart

Your purchase will be split into 4 payments, payable every 2 weeks

All you need to apply is to have a debit or credit card, to be over 18 years of age, and to be a resident of country offering Afterpay

Late fees and additional eligibility criteria apply. The first payment may be due at the time of purchase
For complete terms visit afterpay.com/terms